Today’s worship services, are no doubt a little different from the worship services described in the bible.  We’ve tried to pattern ourselves as much as we can, after the examples given in the new testament, but there are some things that we just can’t duplicate.

For instance;  The bible says in  1 Cor 14:26,  “What is the outcome then brethren?  When you assemble, each one has a psalm, has a teaching, has a revelation, has a tongue, has an interpretation.  Let ALL things be done for edification.”

We can have a psalm during our worship, and we can have a teaching, but we can’t have a new revelation, or a tongue or an interpretation.  The speaking in tongues, and the interpreting of those tongues, and the giving of new revelations, were possible only because of miraculous gifts, given to the early Christians, for the purpose of edification.  And of course, edification is.. “a building up”.  A building up of all those assembled for worship.  That’s why the scripture says,  “Let all things be done for edification.”

We direct our worship to God.  But everything we do in worship, needs to also be done for the purpose edifying one  another.

“And now I commend you to God, and to the word of His grace, which is able to build you up, and to give you an inheritance among all those who are sanctified.”

Nothing else can build us up.  There are no fancy “feel-good” words, spoken by even the most eloquent speaker, that can build us up spiritually.  ONLY the word of God.  Oh, there’s lots of people that “feel real good”, emotionally, after doing things in worship that the bible never even talks about doing.  But our worship isn’t about how WE feel.  It’s about how God feels.  And it’s about what will build us up spiritually.

That’s why when the Corinthians assembled for worship, they read psalms from God’s word, and teachings from God’s word, and revelations inspired by the very word of God.  And they had tongues, which weren’t just jibberish, but they were words from God, and to God, as the Holy Spirit would give utterance.  That’s why there were also interpretations, to tell the worshippers the meaning of the words spoken in a foreign language.  What would be the sense of having words, that no one can understand?

So then the psalms, and teachings, and revelations, and tongues and interpretations, were all a part of, “the WORD of His grace, which is able to build you up..”.  In other words, they were words that could edify our spirit!  Not our emotions, but our spirits.

The Pattern Of Worship 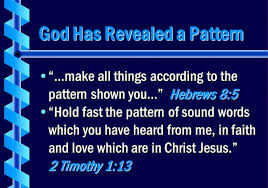 The pattern of the worship of the first century assembly, is given in the bible.  We’re not given a specific “order” in how to conduct our worship, but we are definitely given the “ingredients”, or in other words the specific things we are to engage in doing, in worshipping our God.  For instance  Acts 20:7,  tells us that the first century Christians,  “gathered together on the first day of the week, to break bread.”  In other words, to partake of the Lord’s Supper.  And we just finished doing that very thing here this morning.

In  1 Cor 16:1-2,  we have the example and the authority, for giving into a common treasury, every first day of the week.   And we just finished doing that also.

Throughout the  14th chapter of 1 Corinthians,  Paul was teaching about the use of spiritual gifts, in the assembly.  He talked about speaking in tongues, and interpreting.  And he talked about prophesying, but as I mentioned we can’t do those things today, simply because we don’t have those spiritual gifts anymore.

So then we are obviously authorized to sing and to pray in our worship to God.

We saw from  1 Cor 14:26,  that having a teaching from the word of God, was the practice of the first century assembly.  And back in  Acts 20:7,  along with the saints coming together to break bread, we also read about how Paul preached to them, until midnight no less.   And so we too, preach the word of God, on the first day of every week.

And so we can also see that we are authorized to preach the word, during our worship assemblies. 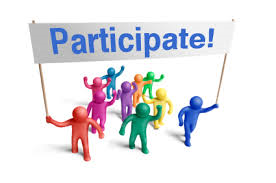 “What is the outcome then brethren?  When you assemble, EACH ONE has a psalm, has a teaching, has a revelation..”

The members were eager to participate.  “Each one had a psalm, had a teaching..”   There was participation among the members, in the first century assembly.   And we have participation in our services today as well.  One person lead a prayer, then we all sing a hymn.  We all partake of the Lord’s Supper, and different ones lead prayers for that too.   We have scripture readings;  Sometimes from the old testament, and sometimes from the new.

But the point is; there’s a lot of participation in a “God authorized” worship assembly.  That’s because God wants us to participate, and the members want to participate.

And if we’re excited about the word, we’ll do the same thing. 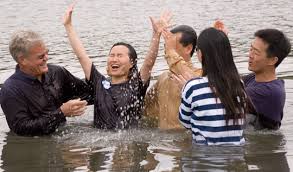 On the first day that the good news about Jesus, was preached, the apostle Peter told his listeners..

“Repent and let each one of you be baptized in the name of Jesus Christ, for the forgiveness of your sins, and you shall receive the gift of the Holy Spirit.  For the promise is for you, and your children, and for all who far off, as many as the Lord our God shall call to Himself.”    Acts 2:38-39.

V-43  says,  “And everyone kept feeling a sense of awe!”   And V’s 46-47  say,  “..They were taking their meals together with gladness, and sincerity of heart.  Praising God, and having favor with all the people.”

These people were excited!  And so should we be.  How exciting would it be today, if someone who has never been baptized, would believe God’s word, and repent of their sins, and confess the name of Jesus, and then would BE baptized, and be added to God’s kingdom?

May God bless you in the study of His word, and in your participation in worshipping Him.

I encourage you to leave your comments and questions in the space provided below.