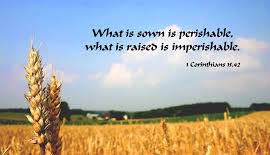 The subject of the resurrection body has sparked a lot of interest among Christians.  This is evidenced by the frequency of articles published in Christian periodicals and newspapers pertaining to this subject.

But it’s really not a very confusing issue at all, if we are simply willing to hear what the bible says, and believe what it says.  Many times writers will quote verses of scripture on the subject, but then when they attempt to further explain what those verses say, their own words contradict the very words of the verses that they just quoted. 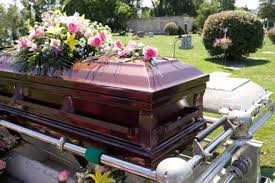 Let me use a question and answer from a Christian publication to illustrate this point..

The question at the top of the article is;  Will the body of a loved one, placed in the grave, be the body that will also be raised?

The simple answer, according to the bible, is No.  The body that is placed in the grave, is NOT the same body that will be raised.   Here are the verses that very directly, and very specifically answer the question..

Now let me humbly point out the contradiction in the article that I’m referencing, when the author tries to put this into his own words.  These are his words from his article..

Now there are actually two contradictions there, compared to the actual words of the bible.

The writer claims that the apostle Paul said;  We will have the SAME body, but what Paul actually said was this..   “And that which you sow, you do NOT sow the body which will be.”   So clearly it will NOT be the same body.  You see the obvious contradiction there, don’t you?

V-51  confirms, “We shall not all sleep (in other words, some people will remain alive at the coming of the Lord) but we will all be changed”.   What we need to understand is that, for those who have “fallen asleep”, the change occurs at the time of the resurrection.  That’s when we will “be clothed” in our spiritual body.  (2 Cor 5:4)   We will be RAISED with an imperishable, spiritual body.  But the change for those who remain alive, will occur when “we are caught up to meet them in the air”, as we read in 1 Thess 4:17.

The Bible Uses Some Figurative Language 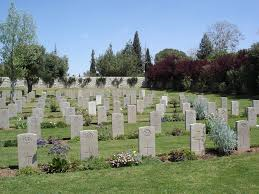 The verses form  John 5:28-29,  that the writer of the article begins with, have some figurative wording in them.  Specifically, the phrase, “all that are in the tombs”,  is a figurative phrase.  Here’s how we can know that it must be figurative..

We know from all those verses in  1 Cor. chapter 15,  that it’s a spiritual body that will be raised, and not the old physical body.  That old body will have already been changed into the imperishable body which is raised.  Therefore, the phrase “all that are in the tombs”, cannot refer to the actual physical body that lies in a tomb, but rather, it is figurative wording, that refers to “all who have died”.

If the apostle John were literally saying that physical bodies would come forth from the graves, unto a resurrection of life, he would be directly contradicting all those verses in  1 Corinthians,  that we looked at, and also  V-50  which says;  “Flesh and blood CANNOT inherit the kingdom of God, nor does the perishable inherit the imperishable.”

I hope that this makes it all a little bit clearer, for those of you who are interested in the resurrection body.

And my prayer is that we will all study the word of God, and believe exactly what it says.  God’s words can be very comforting, if we will just believe them.

As always, I encourage you to leave any comments or questions, in the area provided below.