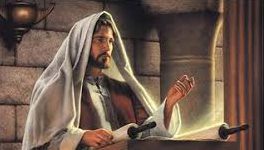 Was Jesus Jewish or Christian or Both?

I suppose the answer to that, is that Jesus demonstrated, and exemplified, the kind of life that God has always wanted ALL people to live.  A “Christian” life.  A life that actually puts God first, and displays the love for God, that causes you to obey whatever God says.  And a life that puts the welfare of others, even ahead of our own welfare.   The only real substantial difference in how God wanted people to live BEFORE Christ came, as opposed to how He wants them to live after Christ has come, is that God had prescribed for them, a different method of worship than He prescribes for us today.  Otherwise, all people, in the past and in the present, have always been expected to live in such a way, as to exhibit the same love as Christ exhibited.

Was Enoch a Christian?  I don’t think so.  You remember Enoch, right?  The scripture says;  “And Enoch walked with God, and he was not, for God took him.”   Genesis 5:24.   Enoch wasn’t a Christian, but he sure lived the kind of life that a Christian should live.  He walked with God, isn’t that what a Christian is supposed to do?  That’s what  Jew was supposed to do, right?   Micah 6:8  tells us;  “And what does the Lord require of you, but to do justice, to love kindness, and to walk humbly with your God?”

What about Christians?  Are we supposed to walk with God?  I know we’re supposed to take up our cross daily and follow Jesus,  Luke 9:23.   How about this verse,  Ephesians 2:10;  “For we are His workmanship, created in Christ Jesus for good works, which God has prepared beforehand, that we should walk in them.”

The name, or the term, Christian, is a name that was given to a disciple of Christ.  And a disciple of Christ is a “learner” and a “follower” of Christ.  We’re told in  Acts 11:26;  “..and the disciples were first called Christians, in Antioch.”   Antioch was a city about 300 miles north of Jerusalem, and it really became a “center”, or a “hub” of Christianity shortly after the members of the body of Christ were scattered from Jerusalem, because of the persecution by the Jewish leaders.

And it was here, in this city, that the word “Christian” was first used, to refer to those who had been saved, under the new covenant law of Christ, and had been added to the congregation of the saved, which is His body.   And  Colossians 1:20  says;  “He is also the head of the body..”

Jesus was everything that a Christian should be, and that’s exactly why He became the “head of the body”.

You know, the bible doesn’t even tell us whether it was believers, or unbelievers, who first started using the term “Christian”.  But it sure stuck, didn’t it?

It was prophesied in  Isaiah 62, verse 2;  “And the nations will see your righteousness, and all the kings your glory, and you will be called by a new name, which the mouth of the Lord will designate.”  A lot of people believe that the name “Christian” is that new name that God was talking about.  I don’t know that for sure though, because I don’t really know if that name was designated by the mouth of God.

For all I know, the new name that’s been designated by the mouth of God, may be “the body of Christ”.  For instance, God does say in  1 Corinthians 12:27;  “Now you are Christ’s body, and individually members of it.”

Now, as I said, Jesus wasn’t really a “Christian”, because He lived under the old covenant law of Moses, and not under the new covenant law, even though, it was His death, and His resurrection, that brought about the establishment of the new covenant law.  Hebrews 10, verse 9  says;  “Behold, I have come to do Thy will.  He takes away the first, in order to establish the second.”   He’s talking about the two covenants there.  He established the new covenant with His death and His blood.   (Luke 22:20)  And we proclaim that fact every time we take the Lord’s supper;  And at the same time, Jesus took away the first covenant, “having nailed it to His cross.”   (Col 2:14)

And also, as I said already, A Christian is a learner and a follower of Christ.  But Christ didn’t learn from Himself, and He didn’t follow Himself did He?  Who did Christ learn from and follow?  He learned from God the Father didn’t He?  And He followed God the Father, in everything that He was told to do.  Just like it said in the verse that I just read,  Hebrews 10:9;  “Behold, I have come to do Thy will.”   He said in  John 4:34;  “My meat is to do the will of Him who sent Me, and to accomplish His work.”

He said in  John 8:28;  “I do nothing of My own initiative, but I speak these things as the Father has taught Me.”   He said in  verse 29;  “..For I always do the things that are pleasing to Him.”   It says of Jesus, in  Hebrews 5:8 & 9;  “Although he were a Son, yet He learned obedience by the things that He suffered.  And having been made perfect (or complete) He became the author of salvation to all those who obey Him.”

Even though Jesus wasn’t a Christian, He was everything a Christian should be.  He was humble and He was obedient.  Philippians 2:8  says;  “..He humbled Himself by becoming obedient..”    He had no concern with doing what he wanted, instead, He always did what His Father wanted.  Nothing that Jesus did, was done by His own initiative.   That’s pretty humble isn’t it?  To be satisfied to accomplish absolutely nothing, by your own initiative?

Jesus summed it up with these words;  “It is finished”.  (John 19:39)  I would imagine that Jesus the man, had a sense of accomplishment!  The apostle Paul summed it up with these words;  “I have fought the good fight, I have finished the course, I have kept the faith..”  (2 Tim 4:7)   That’s what Paul had accomplished.  What about everything else that Paul had accomplished before becoming a Christian?

In  Philippians 3:5 & 6,  Paul said;  “I was circumcised the eight day, of the nation of Israel, of the tribe of Benjamin, a Hebrew of Hebrews.  As to the law, a Pharisee.  (Paul had what amounts to, the highest  degree in law)  As to zeal, a persecutor of the church;  As to the righteousness which is in the law, found blameless.”   Did all that give him a sense of accomplishment?  It did for a while, didn’t it?  But by the end of his life, what did he think of everything he had accomplished in the world?

He wrote in  verses 7 thru 11;  “But whatever things were gain to me, those things I have counted as loss for the sake of Christ.”  In other words, he gladly gave up all of that.  All the accomplishments, and all the prestige that went along with it, so that he could accomplish something that was so far superior, that words can’t even describe it.

So Paul continues;  “More than that, I count all things to be loss in view of the surpassing value of knowing Christ Jesus my Lord, for whom I have suffered the loss of all things, and count them as rubbish, in order that I may gain Christ.”  Paul is saying that as long as he continued to treasure all those physical things, and as long as he continued to take pride, in all those physical accomplishments, then he would not yet have gained Christ.  He said that he suffered the loss of all that.  And he counted it all as the trash that it was, in order that he might gain Christ.  He understood, that he couldn’t have both.

We all seem to think that we can have it all.  We think that we can hold on to all the pride and enjoyment of our worldly accomplishments, and still have Christ.  But we can’t!  You can’t have it all!  You can have one or the other, but you can’t have both at the same time.  Yes, you can have your pride.  And yes, you can live for your worldly accomplishments.  That’s your choice.  And you can have it for as long as you want, until you die of course.  But then, you’re not gonna to like what you’re gonna have next.

Or, you can have Christ!  But, you’ve got to give up the pride.  You’ve got to give up the worldly stuff.  Now I’m not saying that we can’t go out and enjoy ourselves and have fun.  The bible doesn’t say that.  God want us to enjoy our life.  That’s why He blesses us with all the physical things that we have.  BUT, we need to learn to use all these physical things in moderation, and not let “things” and “accomplishments” be what we live for.  And when we take pride in all those things, then we have NOT gained Christ!

“All that is in the world, the lust of the flesh, the lust of the eyes, and the boastful pride of life, is not from the Father, but is from the world.  And the world is passing away, and also it’s lusts, but the one who does the will of God, abides forever.”   (1 John 2:16 & 17)

Do you want to feel a real sense of accomplishment?  How do you think you’ll feel, when you hear these words;   “Well done, good and faithful servant.  You were faithful over a few things, I will set you over many things.  Enter into the joy of your master.”  (Mat 25:21)

We can hear those words, and we can feel that accomplishment, but, in order to hear those words, and to feel that feeling someday, we’ve got to live like Christ lived today.  Was Jesus proud?  I don’t have to read to you every verse from the bible that condemns pride.  If I did, we’d be here a lot longer than you want to be here.  Jesus was humble.  Did Jesus claim that anything that He did was His own doing?  No, what Jesus said was “I do nothing of My own initiative.”  How about us?  Are we humble, or are we proud of what we do?

We use the word “proud” sometimes, and we don’t necessarily mean anything bad by it.  But whether we want to admit it or not, we do become “proud” of ourselves sometimes.  Now you may argue with this, but nobody, you and I included, have absolutely nothing to be proud of!   You have no talent, you have no ability, you have no capacity to do anything, that hasn’t been given to you by God.  Acts 17:28  tells us;  “For in Him, we live and move and exist.”   Apart from God, we couldn’t pick ourselves up out of the dirt.

If we are going to be Christians, we need to be humble.  We need to rid ourselves of all pride, because all pride, is of this world, it’s not of God, at all.  Here’s a better word to use instead of the word “proud”.  Try the word “happy”, or the word “thankful”.  When you show someone pictures of your family, and of your kids, try saying;  I’m so thankful, and I’m so happy for what you have blessed me with.  And when we do accomplish something in this life, and like I said before, we all need to feel that’s sense of accomplishment, but when we do accomplish things, let’s not talk about how proud we are of ourselves.  Let’s talk about how blessed we are, and how happy and thankful we are to God, for giving us absolutely everything that we have, and for giving us everything that enables us to do, whatever it is, that we can do.