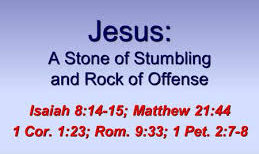 “For it is contained in scripture”,  verse 6  says;  Behold, I lay in Zion, a choice stone, a precious corner stone.  And he who believes in Him shall not be disappointed.”  (the old testament scripture where that’s found, is Isaiah 28:16)  “This preciousness then, (or, this precious value) is for you who believe.  However, for those who disbelieve, the stone which the builders rejected, this became the very cornerstone, and a stone of stumbling, and a rock of offense.  For they stumble because they are disobedient to the word, and to this they were also appointed.”

When that verse says that the “preciousness” is for those who believe, it refers to the preciousness of the cornerstone.  Some versions translate that as “the value” of the stone.  And of course the cornerstone is Christ.  That value of Christ, is for those who believe in Christ.  It’s not for those who don’t believe.  It’s been appointed by God, that those who don’t believe, should, along with their disbelief, also be disobedient.  And that’s only natural, that if someone doesn’t believe in Christ, they certainly aren’t going to obey what Christ says.   That’s basically a “law of human nature”.  And so the bible says that it’s been “appointed”.

God’s laws can tell us a lot about ourselves.  You’re familiar with the verse that says, you will know a tree by its fruit, right?   That’s what Jesus said in  Mathew 7:20;  “So then you will know them by their fruits.”  We typically think of that as referring to knowing other people by their actions, don’t we?  The context there is actually talking about false prophets, or false teachers.  But what it really boils down to, is obedience and disobedience.

Think about it;  If a person was being obedient to God’s word, they wouldn’t be teaching something false, would they?  An obedient person is going to teach exactly what the bible says.  But a disobedient person, well, they’re going to try to change the word and teach something different, because obviously, they don’t like what the word actually says.

But think about this;  Who is the one person, that you know better than any other person on earth?  It’s yourself obviously.  You know yourself, better than you know any other person.  But we could know ourselves even better, than we already know ourselves, if we would be willing to HONESTLY, evaluate ourselves, according to God’s word.  But I don’t know how many of us are willing, or even capable, of being that brutally honest with ourselves.  To actually judge ourselves, by the words of the bible.  We always judge everyone else by the bible, but are we strong enough to judge ourselves, by the same standard, that we want to hold everyone else to?

Those aren’t my words.  I’m not telling anyone that Christ might not be in you.  Those are God’s words.  Read them again if you’d like.  “Examine yourselves, whether you are in the faith.  Test yourselves, or do you not recognize this about yourselves, that Jesus Christ is in you, UNLESS indeed you fail the test.”  That’s a sobering scripture.  That ought to make us think.  Maybe Christ isn’t in us!  That’s a definite possibility.  If our behavior is not in line with what the bible says it should be, then maybe Christ isn’t in us after all.   But that’s something we probably don’t want to think about.

Let’s get back to the idea of Jesus being a stone of stumbling, and a rock of offense.  Listen again to  1 Peter 2:8;  “..For they stumble, because they are disobedient to the word..”   All of us are disobedient at some time, and in some things.  “If we say that we have no sin, we are deceiving ourselves, and the truth is not in us.”   1 John 1:8.

Therefore, WHEN  you sin, and when you disobey God’s words, and His instructions, you are stumbling over Christ, and Christ is acting as an offense to you.  If we believe and obey, Christ is a blessing to us.  But if we fail to obey, which means that we are not believing what the bible is saying, then Christ is a stumbling block, and a rock of offense.

Now I need to clarify something here.  The word “offense” means just about the same thing as “stumble”.  If you are offended by Christ, you are stumbling over Him.  You know how Jesus used parables, to help illustrate the meaning of what He said?  Well, the bible sometimes uses specific words, that can be a lot like a parable in themselves, if we take the time to understand the full meaning of those words.

So then let’s consider two meanings of that word translated “offense”.  Like I said, one of the definitions is a lot like the idea of stumbling.  Listen to this explanation of the word though;  The Greek word is “skan’-da-lon”, which refers to a native rock, that rises up through the earth, which a person traveling on foot, might stumble over.  That’s easy enough to understand, right?

And so that definition, is kind of like a little parable, in itself.  But here’s another definition of the same word.  The Greek word “skan’-da-lon”, also refers to, “the trigger on a trap”.  It’s what sets off the trap.  If an animal were to “fall into a trap” so to speak, something would have triggered that “fall”  And so it’s a lot like when you fall because you have stumbled over a rock sticking out of the ground.  That rock triggered your fall.  Do you see the similarity there?  So when the bible calls Jesus, “a rock of offense” it means that there was something about Jesus, or more particularly, there was something about what Jesus taught, that triggered you to fall.

We’re the ones caught in the trap of sin, when we don’t obey God, and Jesus Christ. Remember what  James 1:14  says about sin?  It says;  “But each one is tempted (tempted to sin) when he is enticed and carried away with his own lust.”   To be “offended” by Christ, is to not follow what He tells us to do.  And so we do what WE want to do, and we’re caught in the trap.    And it’s a trap of our own devices, in other words, the trap is caused by our own personal bias, and our own carnal thinking, and our own disobedience to His word.

By NOT thinking and behaving in accordance with the bible, the trap is sprung, and we’re trapped in sin.  When we disobey God, we’re being deceived.  When we obey the word, it sets us free from sin, just like it says in  John 8:32;  “You shall know the truth, and the truth shall set you free.”  But when we disobey the word, then it springs a trap on us, and we’re trapped in the sin of our own devices.

Can someone else be an offense to us, just like Christ can be an offense to us?  Sure they can.  We can be offended by what other people do or say, and as a result, we get caught in sin.  How can we get caught in sin, because of what someone else does?  We get caught in sin, by the way we REACT to what that person did.  Sometimes people will do things that disappoint us.  Sometimes we’ll get angry, or insulted, or hurt.  And how do we treat that person in response?  With dislike and animosity?  With bitterness, or vengefulness?  Do we talk about them behind their backs?  Do we purposely avoid them?  Do we suddenly consider them not worthy of our love?   Do you see how we can fall into the trap of sin?

Sometimes someone will do something that’s sinful.  How are we going to react to that?   I thought we were supposed to help someone who’s in sin, or who we think is in sin.  Isn’t that what we’re supposed to do?  “Brethren, even if a man is caught in a trespass, you who are spiritual, restore such a one in the spirit of gentleness, considering yourself, lest you also be tempted.”   Galatians 6:1.

Sometimes there’s not even a hint of sin to begin with.  But we still don’t like something that someone has done.  Sometimes we just don’t agree with what someone does, and so it becomes a “rock of offense” to us, and we’re the one to get caught in sin.

You know what causes us to be offended by someone else’s actions?  It’s our pride.  The bible says a lot of things about pride.  And here’s one of those things;  “Pride goeth before destruction, and a haughty spirit before a fall.”  Proverbs 16:18.

Brothers and sisters in the church, let’s not be offended by Jesus, or any of His words, or by anyone else either.   Don’t fall into that trap.  Remember our lesson last week?  “Love one another, thus saith the Savior.  children obey the blest command.”

Let’s demonstrate the fact that we’re Christians.  Let’s demonstrate our moderate temperament.   Philippians 4:5 thru 9  tells us;  “Let your forbearing spirit (that means your moderation) be known to all men.  The Lord is near.  (Acts 17:27  says; “He’s not far from each one of us”)  Be anxious for nothing, (Don’t get all upset about anything.  Don’t get all anxious about what you think you need;  God knows what you need.  And don’t get all anxious, and worked up,because you think someone else hasn’t behaved like you think they should have.  And don’t get all upset because God’s word, doesn’t say exactly what you think it should say)  ..but in everything, by prayer and supplication, let your requests be made known to God.  (If something bothers you, let God know about it.  He knows already anyhow, but talk to Him about it, because then you’ll feel better about it)  And the peace of God, which surpasses all understanding, shall guard your hearts and your minds in Christ Jesus.”