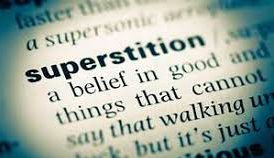 I hear a lot of people talking about Karma these days.   They say, what goes around, comes around;  In other words, someday you’re going to get treated the same way you treat other.  People say;  I don’t worry about getting revenge, I just let Karma take it’s course.  But that’s really not what the notion of Karma originally refers to.

So then, you could also say;  Karma causes you to reap in your next body, what you’ve sown in your previous body.  Now, to me, that general idea sounds like it was borrowed from the bible.  But of course those who believe in Hinduism would say it’s the other way around;  That the bible borrowed these ideas from Hinduism.

The bible teaches that we reap what we sow, doesn’t it?   Galatians 6:7  says;  “Do not be deceived, God is not mocked;  For whatever a man sows, this he will also reap.”  Therefore, you WILL reap what you sow.  But it’s not something called Karma, that causes it, it’s God who brings it about!

2 Corinthians 5, verse 10,  tells us;  “For we must all appear before the judgment seat of Christ, that each one may be recompensed for the deeds in the body, according to what he has done, whether good or bad.”     Sounds like Karma, but it’s God, through Jesus Christ.   And it’s not because of a reincarnation, it’s because of a resurrection.  The bible says;  “Do not marvel at this;  For an hour is coming in which all who are in the graves shall hear His voice, and shall come forth!  Those who did good, to a resurrection of life;  Those who did evil, to a resurrection of condemnation.”   (John 5:28 & 29)

But think about the idea of Karma again.  Like I said to begin with, people have come up with their own definition of what Karma is.  They have the idea, that in this life, bad things will inevitably happen to bad people, and that good things will happen to good people.  And they think that this supposed “law of nature” is called Karma.  But even in Hinduism, where the idea of Karma originated, Karma only applies to your next life, not to this one.

In reality, Karma is superstition.  It’s not much different than believing that if you walk under a ladder, it will bring you “bad luck”.  Or if you carry a rabbit’s foot on a key chain, it will bring you good luck.  You better be careful what you do on Friday the thirteenth, and always have your lucky penny in your pocket.  And if you treat people badly, Karma’s gonna get you.

Karma is nothing more than superstition.  Just like thinking that “bad luck”, or “good Luck” will be the result of doing certain things.  It’s superstition;  It’s something that only exists, in a person’s imagination.  When I think of “luck”, whether it’s good luck or bad luck, I think of things which happen simply by chance.  Like if it happens to rain on the day of the parade.  It’s just happened by chance.  Just bad luck I suppose.  But on the other hand, maybe you went on a vacation, and you had absolutely perfect weather the whole time.  The forecast might have been for good weather, but you never know.  But it worked out good;  You had good luck with the weather.   That’s what I mean if I use the word “luck”.  It just worked out that way.

Some Religion is Superstition

Do you remember when the apostle Paul was in the city of Athens Greece?  The bible says in  Acts 17, verse 16;  “Now while Paul was waiting for them at Athens (he was waiting for Timothy and Silas to join him) his spirit was provoked within him, as he was beholding the city full of idols.”   You see, belief in idols is a superstition.  Idols are physical “things”.  And when people attribute godlike qualities, to physical things, those things become idols.  A “godlike quality” would be the belief that a “thing” has the power to bring good or bad “luck”.   It’s as if a “thing” could possess the power to alter the course of events.

So here’s what Paul said to the Athenians, in  verses 22 & 23;  “..Men of Athens, I have observed that you are very superstitious in all things.  For, passing through and beholding your objects of worship, I found even an alter on which had been inscribed;  TO AN UNKNOWN GOD.  Whom therefore you worship ignorantly, Him I proclaim to you.”

Superstition is said to be based on fear.  Fear, that if you don’t do a certain thing, then something bad will come to you.  And the Athenians were so afraid that they might not worship everything that needed to be worshipped, that they even built an alter to an “unknown” god, just in case such a god existed.

The superstition of the Athenians bothered Paul.  It had said in  verse 16;  “..his spirit was provoked within him..”  The meaning is that Paul was irritated with what he saw.  It wasn’t right, that people should be so full of fear, that they would build alters to anything and everything that could think of.  And so Paul seized the moment, and he said in  verse 23;  “Whom therefore you worship ignorantly, Him I proclaim to you.”  There is one God, and one God only.  And the scripture says;  “You shall worship the Lord your God, and serve Him only!”   (Luke 4, verse 8)

There is nothing that happens in this life, or in the life to come, that is not controlled by the God of heaven.  In one way or another, everything that occurs, good, bad, or otherwise, is the result of what God has ordained, or what God has intervened in, through the exercise of His will, or through His providence.  NOTHING happens, that is not in some way, the result of God!

That fact is stated like this, in  Daniel 4, verse 17;  “The Most High is ruler over the realm of mankind..”   God rules, and there is no other power that exists!  Listen to this statement from  Daniel 4, verses 34 & 35;  “For His dominion is an everlasting dominion, and His kingdom endures from generation to generation.  And all the inhabitants of the earth are counted as nothing.  But He does according to His will, in the host of heaven, and among the inhabitants of earth, and no one can ward off His hand, or say to Him;  What hast thou done?”

In other words, God has absolute and complete sovereignty.  There is no other power in all of creation.  God says in  Isaiah 44:6;  “I am the first, and I am the last, and there is no God beside Me.”   Job 12, verse 10  asks this question;  “In whose hand, is the life of every living thing, and the breath of all mankind?”   The life and the breath of all living things is in God’s hand!  That’s whose hand it’s in!  There is nothing that happens, to any one, in any place, that’s is not under the control of God.

Proverbs 16, verse 4  says;  “The Lord has made everything, for His own purpose, even the wicked, for the day of evil.”

God is in Control!

Now, knowing that God is in complete control;  Think about the idea of doing something for “good luck”.  You might wear a certain color of clothing, because you think that will bring you good luck that day.  Or go through a certain routine that is supposed to bring good luck.  Someone might have a four-leafed clover, stashed away somewhere, or pressed between the pages of a book;  Maybe pressed between the pages of a bible!

Does a piece of clothing, or a piece of clover, or a horse-shoe, or a rabbit’s foot, or a pair of dice, or the number seven, have power to do anything?  They may have the power to make some people fearful.

“Lucky” things, are based on fear.  It’s based on the fear that if you don’t have that little charm, or if you don’t do the thing that you believe will bring you “good luck”, then you’ll inevitably receive “bad luck”.   Instead of relying on GOD, people rely on things!

It’s no wonder that the apostle Paul’s spirit was provoked, over in Athens.  And our spirits should be provoked too.  When “things” are counted as equal to God.  When Karma, is relied upon for justice.  Who do you look to for justice?  What do you rely on for help when you need help?  And for comfort when you need comfort.  If you rely on anything besides our God, then you’ll be sorely disappointed.

On the other hand, if our only dependence is on God, we’ll be blessed beyond our needs.   Jeremiah 17, verse 7  says;  “Blessed is the man who trust in the Lord, who puts his confidence in Him.”   Psalm 40 ,verse 4  says;  “Blessed is the man who has MADE the Lord his trust..”   What have you put your confidence in?  What have you placed you cares upon?   1 Peter 5:7  says;  “Casting all you cares upon Him, for He cares for you.”

You know, there is another “power” in this world, that we should look to.  It’s called prayer.  “The effectual fervent prayer of a righteous man, availeth much”,  says  James 5:16.   Would you rather carry a lucky charm in your pocket, or a prayer in your heart?   I’ll stick with the prayer.   James 5, verse 13  says;  “Is any among you suffering?  Let him pray!”

Philippians 4:6 & 7  tells us;  “Be anxious for nothing, but in everything, by prayer and supplication, with thanksgiving, let your requests be made known to God.  And the peace of God, which surpasses all understanding, shall guard your hearts and minds in Christ Jesus.”

Why should we come to have that kind of peace, when we rely on God?  Well, it’s because “We know, that God causes all things to work together for good, to those who love God, to those who are called according to His purpose.”   (Romans 8:28)   Can Karma do that?  Can your lucky bracelet do that?   You know they can’t;  But God can, and God does!

God loves us, and He values us, and He alone gives us all that we have, and all that we need.  Jesus said, in  Mathew 10:29 thru 31;  “Are not two sparrows sold for a cent?  (a smallest amount) And yet not one of them will fall to the ground apart from your Father.  (Nothing happens apart from God.  That’s what I said earlier)  But the every hairs of your head are all numbered.  Therefore, do not fear, you are of more values than many sparrows.”

It’s not because of Karma, and it’s not  matter of luck, it’s a matter of God.