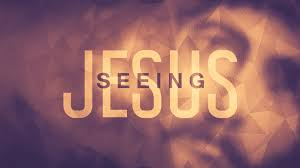 Would You Wish To See Jesus ?

How many of you would like to see Jesus?  I hope you’d like to, because the bible says, your gonna.  The bible says everyone’s gonna see Him.  Revelation 1, verse 7  tells us;  “Behold, He is coming with the clouds, and every eye shall see Him, even those who pierced Him..”   Those who pierced Him, are those who took part in Christ’s crucifixion.  So then, even those who DON’T want to see Him, are gonna see Him.  “Every eye shall see Him”.

Jesus is “coming with the clouds”.  That’s how He left this world, and that’s how He’ll return.   Acts 1, verse 9  says;  “And after He said these things, He was lifted up, while they were looking on (His apostles were looking on) and a cloud received Him out of their sight.”

And  verse 11  says;  “..This Jesus, who has been taken up from you, into the heaven, (or, into the sky) thus will come in the same manner that you beheld Him going into the heaven.”

1 Thessalonians 4, verse 16,  tells us;  “For the Lord Himself will descend from heaven with a shout!  With the voice of the archangel, and with the trumpet of God!  And the dead in Christ shall rise first.”  We will all see the Lord in the air, but no one will see Him on the earth, because He will never set foot on the earth.

Here’s what we’re told in  Verse 17;  “Then we who are alive, who remain, shall be caught up together with them in the clouds, to meet them in the air, and thus, we shall always be with the Lord.”

Picture it;  The Lord Himself, descending from heaven, coming with the clouds, and every eye will see Him.  Even those who pierced Him!  But we don’t rise to meet Him quite yet, because the dead in Christ rise first.  And they rise up to meet the Lord in the air.  And then, we who are alive at His coming, are “caught up together with them in the clouds, to meet the Lord in the air.”  Not on the earth, but in the air.

And if you’re “In Christ” when He comes, you’ll always be with Him, from that moment on, throughout eternity.  Verse 18  says;  “Therefore comfort one another with these words.”  There are no words, that are any more comforting that those.  To leave this earth, and this world, and to be with God forever and ever!

What’s Jesus gonna look like when He comes?  Is He gonna look the same as He did when He was on earth?  No, He won’t have His old physical body.  He’s going to have a spiritual body.  What are we gonna look like, when we’re resurrected, and when we’re given our new spiritual body?  And when those who are alive, and remain till Jesus comes;  What are their bodies gonna be “changed” into?  We don’t know, but we DO know, that we’ll all be changed!

1 Corinthians 15, verses 50 thru 53  tell us for sure that we will.  Listen;  “Now I say this brethren, that flesh and blood CANNOT inherit the kingdom of heaven!  Nor does the perishable inherit the imperishable.  Behold, I tell you a mystery;  We shall not all sleep.. (in other words, we won’t all die before the Lord returns.  Some will remain alive)  ..We shall not all sleep, but we shall ALL be changed!”

“In a moment, in the twinkling of an eye, at the last trumpet.. (remember how Christ is going to return?  “With a shout!  With the voice of the archangel, and with the trumpet of God!”)

“For the trumpet will sound, and the dead will be raised IMPERISHABLE..  (in other words, they’ll be raise with their spiritual bodies) ..and we shall be changed!”  We’ll ALL be changed!”

Jesus guarantees us, in  Revelation 22, verse 12;  “Behold, I am coming quickly (or suddenly) and My reward is with Me;  To render to every man, according to what he has done.”   When Jesus Christ is revealed from heaven, and descends to gather the faithful, His reward will be with Him, and we will receive that reward.  Your labor in the Lord is not in vain.  Remember that, and let it encourage you.

Personally, I can’t wait to see Jesus!  How ’bout you?  But it takes so long, right?  Wrong!  It doesn’t take long at all.

When Can We See Jesus ?

How many of you know who George Harrison was?  He was one of the Beatles, but he died of lung cancer in 2001.  Unfortunately, George embraced the Hindu religion.  But George wrote a song called “My Sweet Lord”.  The lyrics to the song were very simple.  It says;  “I really wanna know You.  I really wanna see You.  I wanna see You Lord, but it takes so long my Lord.”

Let me give you an example.  Listen to  John 14, verses 7 thru 9.  It begins with Jesus speaking;  “If you had known Me, you would have known My Father also.  From now on, you have known Him and have seen Him.  Philip said to Him;  Lord, show us the Father, and it is enough for us.  Jesus sad to Him;  Have I been so long with you, and you have not come to know Me, Philip?  He who has seen Me, has seen the Father.  How do you say, show us the Father?”

Jesus said in  verse 10;  “Do you believe that I am in the Father, and the Father is in Me?  The words that I say to you, I do not speak of My own initiative, but the Father abiding in Me does His work.”

You remember what John wrote in  chapter 1, verse 1;  “In the beginning was the Word, and the Word was with God, and the Word was God.”  And we know that Jesus was the manifestation of the Word of God, because  verse 14  says;  “And the word became flesh, and dwelt among us, and we beheld His glory;  Glory as of the only begotten of the Father, full of grace and truth.”

Take A Look At Jesus

“He is the image of the invisible God, the first-born of all creation.  For by Him all things were created, in the heavens and on earth, visible and invisible, whether thrones, or dominions, or rulers, or authorities;  All things have been created by Him, and for Him.  And he is before all things, and in Him, all things hold together.”  Colossians 1:15 thru 17.

“Although He existed in the form of God, (He) did not regard equality with God, a thing to be held onto.  But He emptied Himself, taking on the form of a bond-servant, and being made in the likeness of men, and being found in appearance as a man, He humbled Himself, by becoming obedient to the point of death, even death on a cross.”

“Therefore also, God highly exalted Him, and bestowed on Him a name which is above every other name;  That at the name of Jesus, every knee should bow, of those who are in heaven, and on earth, and that every tongue shall confess that Jesus Christ is Lord, to the glory of God the Father.”  Philippians 2:6 thru 11.

How much more do you want to know about Jesus?  How about just one more thing for today;  “Although he were a Son, yet He learned obedience by the things that He suffered.  And having been made complete, He became the author of salvation to all those who obey Him.”  Hebrews 5:8 & 9.

And how about confessing your faith in Christ?  Romans 10:10  says;  “For with the heart, man believes unto righteousness, and with the mouth, confession is made unto salvation.”

And Jesus said that the command to repent, must be obeyed!  In  Luke 13, verse 3,  Jesus said in no uncertain terms;  “Unless you repent, you shall all likewise perish!”   God commands us to repent!  We’re told in  Acts 17, verse 30;  “..God is now declaring, that all men, everywhere should repent.”

And Jesus commands baptism.  “He who has believed and has been baptized, shall be saved.”  Those are the words of Jesus, in  Mark 16:16.   “Repent, and let each one of you be baptized, by the authority of Jesus Christ, for the forgiveness of your sins..”  Acts 2:38.  That’s the command from God, and we must obey it, if we would be saved.

The invitation is yours.