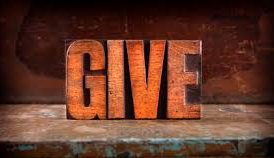 To “abide” in Christ’s teaching, means to stay within the bounds of that teaching.  And to “go on ahead” means.. “to take the lead” outside the bounds of Christ’s teaching.  And that verse tells us that if we do, “go on ahead”, then we “don’t have God”!  In other words, when we “take the lead”, we’re going on our own, and we leave God behind, and we’re no longer in fellowship with God.  I doubt whether many people think about that.  When you go on ahead, by yourself, you’re not only leaving behind the teaching of Christ, but you are leaving God behind.  And if you’re leaving God behind, then you’re also leaving fellowship with God, behind.

Remember what John wrote, in  1 John 1, verse 3?  “What we have seen and heard, we proclaim to you also, that you may have fellowship with us.  And indeed our fellowship is with the Father, and with His Son, Jesus Christ.”

And fellowship is only had, when we abide in the teaching of God.

Does that mean that if someone is in need, on a Wednesday evening, or a Saturday afternoon, that the congregation can’t help them?  Of course it doesn’t.  That’s the whole point of “storing up as we’ve been prospered”, like the scripture says.  When everyone gives on the first day of the week, and when that money is stored up, or treasured up, then it’s there when the need arises.

Remember how the apostle Paul phrased it in  1 Corinthians 16, verse 2;  “Every first of the week, let each one of you put by himself, treasuring up as he may be prospered, so that there should be no collections made when I come.”

In that situation, the Christians in Corinth, already knew about the needs of the Christians in Jerusalem.  But what the Corinthians didn’t know, was exactly when Paul was going to be arriving to pick up the relief help, to bring to Jerusalem;  And so they were to treasure up their money, every first of the week, so it would be there, ready to be used.

In our situation today, some needs may already be there, but we may not know about them yet.  And other needs maybe haven’t occurred yet.  But in either case, we treasure up as we’ve been prospered, every first of the week, so that when we find out about the need, no matter what day it is, the money is there, ready to be used.

What About Fund Raising ?

Why doesn’t a congregation of Christ, organize a bake sale, or a rummage sale, to raise money to put into the treasury?  It’s because we’re not authorized to do anything like that.  The new testament authorizes Christians to lay by yourself, and treasure up, on the first day of the week, as you’ve been prospered.  That’s how we’re authorized to collect money, to help those in need.

Can a Christian man and woman hold a garage sale, to clear out some old stuff, and to earn some extra money?  Sure they can.  Can two Christian women get together and sell baked goods to earn some extra money?  Why not, as long as it doesn’t violate any laws about selling food.  And can those people contribute that money “as they’ve been prospered”, on the next “first of the week”.  Sure they can.

The bible calls that, “working with your hands”.  That’s what  1 Thessalonians 4:11 & 12  tells us to do.  “And to make it your ambition, to lead a quiet life, and attend to your own business, and work with your hands, just as we commanded you, so that you may walk properly toward outsiders, and not be in any need.”

The bible tells us to work, so that we’re not in need.  God doesn’t want Christians to be a burden to the world;  He wants Christians to help with the burdens OF the world!   Listen to what God tells us in  Ephesians 4:28;  “Let him who steals, steal no more, but rather, let him labor, performing with his own hands what is good, in order that he may have to share with him who has need.”

Christians aren’t meant to be the needy ones.  It’s not a Christians “lot” in life, to be poor.  Christians are supposed to be there to help those who ARE in need.  Jesus said, in  John 10, verse 10;  “The thief comes only to steal and kill and destroy;  I came, that they might have life, and might have abundance.”  Now, I believe that this is primarily referring to spiritual life.  But I think that we can make a physical application here too.  God want us to have what we need.  And He’s perfectly happy with us having an abundance, for one reason.  Not so we can use up our abundance on ourselves, but so that we can use our abundance, to help those who need help.  Not to help people who are too lazy to help themselves, but to help those who need help.

Paul wrote, in  2 Thessalonians 3, verse 10;  “For even when we were with you, we used to give you this order;  If anyone will not work, neither let him eat.”

As We Have Opportunity

But does it sometimes happen that Christians are in need?  Maybe they want to work, but they can’t.  Of course it happens.  There’s no guarantee that just because you’re a Christian, that everything is going to go smoothly, and you’ll be financially independent.  That’s why we’re told in  Galatians 6, verse 10;  “So then, while we have opportunity, let us do good unto ALL men, and ESPECIALLY to those who are of the household of faith.”   In other words, Christians!   Especially, be ready to do good to other Christians!

Isn’t that a nice, orderly way of doing things?  Just like our worship assembly should be.  The bible says;  “Let all things be done decently and in order.”   1 Corinthians 14, verse 40.

The Plans of Men

Let me read an email to you, that came on our church email address.  It’s from a group called Vanco Webinars.  As far as I know, a “Webinar” is an online class, to teach you something.  The title of their class is “4 Plans to Sustain Your Church’s future”.  And it says;  “understanding is a key principle in all our lives, but when it comes to stewardship, it’s doubly important.  Today’s church-goers want to be engaged in unique ways.  To make sure you approach them with the right understanding, it’s important to have a plan , catered to them.”

The email goes on to say;  “Lucky for you, we’ve created four such plans that target each one of the groups you’ll need to focus on, to sustain a healthy future for your church.”

Now that’s a pretty arrogant statement.  Lucky for us that we’ve got some “webinar”, to tell us, about those four “groups” of givers.

But I don’t think that God needs a “man-made plan”, to con you into giving more money.  God already has a plan.  If you can’t follow HIS plan, and give “as you’ve been prospered”, and give willingly, and generously, then I doubt whether God really “needs” your money in the first place.

I’ll tell you something that’s a bible fact;  The future of any congregation of the Lord’s body, doesn’t really depend on money.  We might think it does, but the money really is secondary.  A congregation won’t cease to exist solely because of a lack of money.  But it will cease to exist because of a lack of Christians.  A lack of Christians, who will give themselves, to the Lord.

Giving Yourself to the Lord

Let me remind you, of what the apostle Paul wrote in  2 Corinthians 8:1 thru 5;  “Now brethren, we make known to you the grace of God, which has been given in the congregations of Macedonia.  That in a great ordeal of affliction, their abundance of joy, and their deep poverty, overflowed in the wealth of their liberality.  For I testify, that according to their ability, and beyond their ability, of their own accord..  (in other words, they didn’t have a webinar to convince them) begging us with much entreaty, for the favor of participation in the support of the saints.”

They were begging Paul to let them give to the Christians in Jerusalem.  Paul might have said, No, you don’t have enough yourselves, but they begged him, we want to give!  What makes someone who doesn’t really have enough for themselves, want so badly, to give to someone who has even less?   You can think about that one.

Verse 5  tells us this, about their giving;  “And not as we had hoped.. (they went far beyond what Paul would have hoped or expected them to give) (now listen to this last part) ..but they first gave themselves to the Lord, and to us by the will of God.”

Remember what I said this morning?  I guess when you first give yourself, it’s amazing what else you’ll give.  And don’t you think that if you truly give yourself to God, then it’s becomes so easy to simply do things the way that He has specified, instead of always trying to come up with “better” ideas?  The truth is, when people always have to do things THEIR way, the way THEY think is best, it’s because they’ve never given themselves to God in the first place.

When we give ourselves to God, we just naturally let God do the leading.