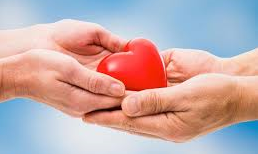 I want to talk about at least five aspects of giving.  And those five aspects are;  Bountifully, (or generously) Cheerfully, Purposefully, Proportionately, and Sacrificially.

It’s just like planting seeds in a field.  If you sow a few seeds, you’ll get a little bit of a harvest.  But if you sow lots of seeds, you’ll no doubt get a lot bigger harvest.  You reap, in proportion to what you sow.  Makes sense doesn’t it?  You know, that holds true with just about anything.  I’m quite sure that holds true with bible study also.  The more effort you “sow” in studying the bible, the more knowledge and understanding, you’ll “reap” in return.

But the very context of  2 Corinthians 9, verse 6,  is about giving monetarily.  Listen to what Paul wrote in  verse 5;  “So I thought it necessary to urge the brethren, that they should go on ahead unto you.. (Paul is talking about sending some of his fellow workers to the Corinthians, before Paul himself arrives there)  “..that they should go on ahead unto you, and make ready beforehand, your previously promised blessing.”  The KJ says, “your bounty”.  But what it refers to, is the gift of financial assistance that they had promise to send to Jerusalem.

And the verse goes on to say;  “That the same (the gift) might be ready as a blessing, and not according to covetousness.”  You know how you can maybe promise to do something, but then if you don’t do it right away, something might “get in the way” of you doing what you said you would?  Well, Paul knew human nature.  And so he was sending some brethren on ahead, so that the arrangements could be made to gather up the money, and get it sent on it’s way, before any possibly of covetousness might creep in.

You know how temptations are.  You can have all the best intentions, to do what’s right in God’s eyes.  But there’s always that possibility of some temptation coming along, and saying to you;  Maybe you don’t really want to do that.  Maybe you don’t NEED to do that.  It would be easier to just not do it.  I’ll just skip it.  That’s how temptations are sometimes.  We’re tempted by our own lusts.  That’s what  James 1:14  says.  But Paul didn’t want anything to ruin the good plans that the Corinthians had made.  So he was sending some brethren to help get it all coordinated.

There’s one truth then, that applies to just about everything in life, as well as to our giving;  We will reap in proportion to how we sow.  But here’s another truth given in the next verse.  Verse 7  says;  “Let each one do just as he has purposed in his heart, not out of regret, or of necessity;  for God loves a cheerful giver.”

“Cheerful” is an interesting word.  It sounds kind of simple, we know what “cheerful” typically means.

But here’s what that word “cheerful” means in this verse;  It means.. “to be disposed to something, because of your satisfaction.”  Let me put it another way.  “Cheerful giving” would be giving spontaneously, because you are so satisfied with what God has already given to you.  You are disposed to giving, because of your thankfulness to God.  And isn’t that what is being described in  verse 6,  when it says;  “..sowing blessing upon blessing, and reaping upon blessings.”

Do you know what the key is though?  The key is to be satisfied!  We don’t all get the same blessings;  But learning to be satisfied with what we get, that’s the key.  Let’s be reminded of what the apostle Paul said in  Philippians 4, verse 11;  “Not that I speak from want, for I have learned to be content in whatever circumstance I am.”

Are you content, and satisfied, with what God gives you?  Or do you tend to be bitter, and a little selfish, because He hasn’t given you more?  I’ll tell you one thing for sure;  If you aren’t satisfied with the blessings you’re receiving from God, then you’ll never give, like you should be giving.  Lord, teach us to be thankful, and teach us to be satisfied, and content.

Here’s something else that will keep you, from giving as you should.  You will never give your money as you should, unless you first give yourself to God!  What do I mean by that?  Well, if you are the one still running your life, your desires, will always come before God’s desires.  It’s only after you have given yourself to God, that you’ll be able to put His desires, ahead of your desires.  And it doesn’t matter if you’re wealthy, or if you’re poor, unless you give your whole self to God, your desires are going to come first, and your giving will NOT be what it should.

If your giving is not a sacrifice, it’s not what it should be.  In  Luke chapter 21,  we have the story of the poor widow who put two small coins in the treasury, as the rich put in of their riches.  What made the widow’s giving, more valuable to God, than the others?  It was because she was making a sacrifice.   Jesus said, in  Luke 21, verses 3 & 4;  “Truly I say to you;  This poor widow put in MORE than all!  For they all, out of their surplus, put into the offering;  But she, out of her poverty, put in all the livelihood that she had.”

Do you remember what was said in the bible, about the congregations in Macedonia?  It says, in  2 Corinthians 9, verses 3 thru 5;  “For I testify, that according to their ability, and beyond their ability, of their own accord, begging us with much entreaty, for the favor of participation in the support of the saints, and this, not as we expected, but they first gave themselves to the Lord, and to us by the will of God.”   That’s quite a testimony!

I guess when you give yourself first, it’s amazing what else you’ll give.  You might even sacrifice for someone else.

That’s exactly why we give on the first day of the week.  To help supply the needs of those who can’t supply for themselves.  That was the purpose, behind the example left for us in  1 Corinthians 16, verse 1 & 2.   Listen please;  “Now concerning the collection for the saints..”   (that’s referring to the needy Christians in Jerusalem)  “On the first of the week, let each one of you lay by yourself, and treasure up, as you may prosper, that no collections be made when I come.”  That’s the apostle Paul writing those words.

I know that sometimes Christians “take a day off”.  But that’s not the question.  Lots of people take their whole life off, from having their sins forgiven, and from being a part of the body.  The question is;  If we take a day off from sharing in the body and blood of Jesus Christ, have we also taken a “day off” from salvation?  Personally, I would advise you to give that some thought.

Noting else really enters into it all.  The scripture says;  “On the first of the week, let each of you (not some of you, but “each of you”) put along side him, treasuring up, as he may be prospered..”   That really means..  “because of how you have been prospered.”  because you have been prospered, lay aside a proportionate amount.  And if you’re prospered again tomorrow, lay some of that aside also;  And let it all treasure up.  And then, when the next “first day of the week” arrives, give it into the collection, for the needs of others.

So, to know whether or not you are obligated, as a Christian, to give into the collection on the first day, of every week that HAS a first day, there is only one factor to consider;  Have you been prospered, during the previous week?

And if you have been prospered, then give proportionately, and purpose what you’re going to give.  And give it generously, and out of satisfaction;  For God loves a satisfied giver!  And that’s all there is to it!

And if you’re not a Christian yet;  It’s never too late, while you live, to believe that Jesus is the Christ, to repent of your sins, to confess your faith in His name, and to be buried in baptism for the forgiveness of your sins.  And then, you can continue faithfully unto death, and receive the crown of eternal life.