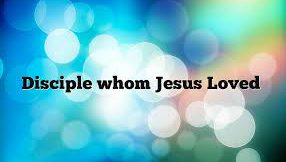 (If you missed part one, of  “The Disciple Whom Jesus Loved” may I suggest that you take a few minutes to read that previous lesson.  This next lesson will continue right on with the story.  Just click on the title, to be taken to the previous lesson)

Why Don’t We Hear More About Lazarus ?

And so just to entertain that possibility, I ended last week’s lesson with these bible facts..

The first time that we hear about the disciple named Lazarus, is in  John 11, verse 1,  which says;  “Now a certain man was sick, Lazarus of Bethany..”  And the first time that we hear the phrase;  “He whom you love..”  is in  verse 3,  And that of course is speaking of Jesus loving Lazarus.  Up until this point in the bible, we had never heard of Lazarus, and we had never heard of any particular disciple, referred to as, “he whom Jesus loves”.

Now, the next time that we hear the name Lazarus, is in the next chapter,  chapter 12,  when Jesus went to the home of Mary and Martha, and Lazarus, where they had made a big supper for Jesus;  And many of the Jews also came to the supper, some to see Jesus, and some to see Lazarus, who had been raised from the dead.

And so coincidental or not, let’s look at some scriptures that speak of  “an un-named disciple”, and that also speak of  “the disciple whom Jesus loved”.

John chapter 18  tells of the occasion when Jesus was arrested while in the garden of Gethsemane.  And here’s what the bible says in  verses 12 thru 16;  “Then the band, and the captain and officers of the Jews took Jesus and bound him, and led him away to Annas first;  For he (Annas) was father-in-law to Caiaphas, who was the high priest that same year.  Now Caiaphas was he who gave counsel to the Jews, that it was expedient that one man should die for the people.  (So the Jews were going to make sure that it was Jesus who would die)

“And Simon Peter followed Jesus, and so did ANOTHER disciple;  That disciple was known unto the high priest, and he went in with Jesus into the palace of the high priest.”

(It might be worth noting here, that on more than one occasion, the bible tells us of many Jews gathering at the home of Mary and Martha and Lazarus.  Mary, Martha, and Lazarus were indeed known by many other Jews)

But let me get back to the scripture.  The other disciple goes in with Jesus, and the scripture says;  “But Peter was standing at the door outside.  So the other disciple, who was known to the high priest, went out and spoke to the doorkeeper, and brought Peter in.  Then the slave-girl who kept the door, said to Peter;  You are not also one of this man’s disciples, are you?”  He said, I am not.”   That was the first time that Peter denied knowing Jesus.  But the question that has been raised, is this;  Who was the other disciple who went in with Jesus in the first place?  The bible doesn’t say;  But don’t you wonder even a little bit, who it was.  He must have been a pretty close friend of Jesus, and he certainly wasn’t afraid to be right there with Jesus upon His arrest.  He was pretty bold;  He was right there by Jesus’s side.  But who was it?

Now lets go back to the interesting story about the empty tomb, in  John chapter 20.   Jesus had been crucified, and He died, and His body was taken and placed in a tomb carved out of rock.  And I want to read  verses 1 thru 9.   Again, this is a very interesting event..

“Now on the first day of the week, Mary Magdalene came early to the tomb, while it was still dark, and saw the stone already taken away from the tomb.  (that was the stone that had sealed the entrance to the tomb)  So she ran, and came to Simon Peter, and to the other disciple, whom Jesus loved, and said to them;  They have taken away the Lord out of the tomb, and we do not know where they have laid Him.”   (Was “The other disciple, whom Jesus loved”, the same as “the other disciple” from  chapter 18?)   We’re not told.  So let’s go on..

The other disciple. the one whom  verse 2  says “Jesus loved”, entered the tomb, and when he saw the burial wrapping, and the face-cloth lying separate, the scripture says..  “he believed”!  He was the first disciple, to believe in the resurrection of Jesus.

Why was that?  What made the disciple whom Jesus loved, believe so quickly?   Verse 9  says;  “For as yet, they did not understand the Scripture, that He must rise again from the dead.”   The old testament scriptures had prophesied, that the Messiah would suffer, and die, and then would be resurrected from the dead.  One of the most prominent of those scriptures might be  Psalm 16, verse 10  which says;  “For Thou will not abandon My soul to Sheol;  Nor will You allow Your Holy One to undergo decay.”   Of course that’s the very verse that Peter quoted to the Jews on the day of Pentecost, when he was proving the resurrection of Jesus.  (Acts 2:27)

And there were several other old testament passages that predicted the resurrection of Christ.  But the point is,  John 20, verse 9  says that the disciples did NOT fully understand those scriptures!  And they didn’t fully understand that Jesus would in fact, be raised from the dead.  But even though they didn’t quite understand those prophecies, the disciple whom Jesus loved, stepped inside the empty tomb, and saw the linens, and he saw the face-cloth, and he BELIEVED that Jesus had been resurrected from the dead!

Why was that particular disciple so quick to believe that Jesus had been resurrected from the dead, instead of maybe thinking that someone had come and stolen the body, like Mary Magdalene thought?  Mary Magdalene said in  verse 2;  “They have taken away the Lord out of the tomb..”

Could it have been..  that his understanding, might have come from the fact, that that disciple himself, had already been resurrected from the grave?  It’s just a question that’s been posed.  But I think it’s a very interesting question.  Could that have been a possibility?    A man who had already heard the voice of Jesus say;  “Lazarus, come forth!”..  would definitely be in a very good position to recognize, without any more evidence than the empty tomb, and the face-cloth folded up and set to the side, that Jesus had indeed, “come forth” from the dead.

Do We Ever Hear About That Disciple Again ?

Now let me take you back to an event described in  John chapter 21.  It was a few weeks after Jesus had been resurrected, when several of the disciples were out in a boat fishing, and Jesus appeared on the shore.  The scripture says in  verse 2;  “There were together, Simon Peter, and Thomas called Didymus, and Nathanael of Cana in Galilee, and the sons of Zebedee, (that would be James and John) and two other of his disciples.”

This was the occasion when they had been fishing all night, but they hadn’t caught a thing.  And so Jesus tells them to cast their net on the right side of the boat, and they caught so many fish, that the could barely pull in the net.  And immediately, one of the disciples recognizes, that it’s Jesus standing there on the shore.

Verse 7  says;  “Therefore that disciple whom Jesus loved, said to Peter, “It’s the Lord!”  Well, Peter throws himself into the water, and swims to the shore, evidently as quick as he can, to get to Jesus.  But in due time they all end up on shore, and they cook up some of the fish and they eat, and Jesus talks to them all.

And this is also the occasion when Jesus turns to Peter and He says in  verse 15;  “Simon, son of Jonah, do you love Me more than these?” He said to Him, “Yes, Lord; You know that I love You.” And Jesus said to him, “Feed My sheep.”  And then Jesus does this two more times, three times in all, just like the three times that Peter had denied even knowing Jesus.

And then Jesus says to Peter, in  verse 19;  “Follow Me”.  And Peter begins to follow Jesus, but then Peter looks back, and he sees that the disciple whom Jesus loved, was also following.

Well, when Peter sees him following, Peter says to Jesus, in  verse 21;  “..”Lord, and what about this man?”  Some versions say;  “Lord, and what shall this man do?”  What Peter was asking, is..  Lord, what shall become of this man?   What’s his place, and his part in all of this?

Now I suppose that it would be reasonable to conclude, that since Jesus said;  “If I want him to remain until I come, what is that to you?”..  that Peter might logically assume that Jesus was suggesting, that that disciple might not die until the Lord returns.   But now think about this;  How much more compelling would that conclusion be, if the man being spoken of, had already been raised from the dead?  If that were the case, and this was indeed Lazarus who was being spoken of, I can easily see how such a conclusion could be reached!  Jesus has already raised him from the dead, he’s not going to die now until the Lord returns!

There’s actually quite a compelling case to be made, that indeed Lazarus, might be..  “the disciple whom Jesus loved”!

But let me tell you something else.  This isn’t something that we need to be debating about.  It’s simply something that’s not revealed to us in the scriptures, and therefore, it’s intriguing.  It sparks our curiosity.

And so let me read to you what the author of the article that I read from last week, had to say on this subject.  And I think this is a very good way to look at it..

Isn’t that a great way of putting it?  Instead of getting too carried away, with trying to be certain, of exactly who the beloved disciple was, maybe we should simply be striving harder and harder, to simply BE the best disciple that WE can be, so that we too, are assured of being a disciple, whom Jesus loves.

All I can say is this;  Isn’t the bible, absolutely the most intriquing, and thought provoking book ever written?  I say, Yes it is;  Without a doubt it is!

And isn’t that an interesting little article that I read from?   But let me reiterate the author’s closing words, so we keep things in their proper perspective.   The writer suggests;  “Maybe the point that John’s Gospel makes, is that any reader who wishes to follow Jesus, can become a beloved disciple, by following the lead, OF the beloved disciple.   From the pages of the story, the beloved disciple beckons the reader: “Follow Jesus as I have followed him, and you too, can become a disciple whom Jesus loves.”

Let’s give more thought, and let’s give more effort, to becoming closer to Jesus than we’ve ever been before.  And loving Him more than we’ve ever loved Him before.    The scripture says in  1 John 4:19;  “We love Him, because He first loved us.”  And that’s OK, that His love came first;  Let’s just be thankful that it did come!  And that we’ve been given the chance, to love Him back, through the knowledge of His word.

The invitation is ours..  to be a disciple that Jesus loves.