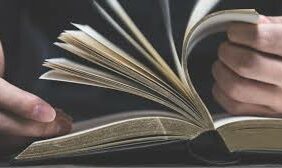 I randomly opened my bible the other day, and the part it opened to, was  1 Peter chapter 2.   Sometimes, just randomly opening your bibles, and reading whatever it is that you find on that particular page, can be quite fun and interesting.   Let me read a little bit from that section of scripture that I opened to.  It contains some pretty good words of advice for all of us..

Here’s what those verses say;  “Having purified your souls in obedience to the truth, unto sincere brotherly love, love one another fervently, out of a pure heart, having been BORN AGAIN, not of perishable seed, but of imperishable, by the living and abiding word of God, (The living word of God, is the spiritual “seed” that produces and imparts, spiritual life.  And of course spiritual life, leads to eternal life)

So then..  “..having been BORN AGAIN, not of perishable seed, but of imperishable, by the living and abiding word of God.  For, All flesh is like grass, and all its glory, like the flowers of the field;  The grass withers, and the flowers fall away.  But the word of the Lord, stands forever.  And this is the word (the “word of the Lord”, the gospel)  that was proclaimed unto you.”

And we’ve purified ourselves, UNTO, sincere brotherly love.  That’s the direction that being purified, takes us.  Being purified, leads us unto love for one another.  That’s the “mark” of the Christian, isn’t it?  Loving one another?   That fact is stated repeatedly all over the new testament.  That’s one way, that one of God’s prophecies is fulfilled.

“The grass withers, and the flowers fall away.”  And so does our flesh.  But the word of the Lord, which is the epitome of love, remains forever.

Jesus said in  John 13:34 & 35;  “A new commandment I give to you, that you love one another:  Just as I have loved you, you also are to love one another.  By THIS all will know that you are My disciples, if you have love among one another.”   It’s the “mark” of a Christian!  That’s what really makes a Christian ‘different’ from the world.  The people of the world love themselves.  But a Christian, even loves the people of the world!  Do you remember the definition of the word “holy”?  It means..  “to be different”.  Love is what makes the Christian “holy”.  Just like God is Holy, because the scripture says “God IS love”.  Love also makes us “holy”.

“Having purified your souls in obedience to the truth, unto sincere brotherly love, love one another fervently, out of a pure heart, having been BORN AGAIN, not of perishable seed, but of imperishable, by the living and abiding word of God.”

Now, 1 Peter chapter 2,  beginning with  verse 1;  (Since we have been purified unto love)..    “Therefore, putting aside all malice, and all deceit, and hypocrisy, and envy, and all slander, (none of those things have any place, in love) ..like newborn babes, long for the pure milk of the word, so that by it, you may grow in respect to salvation, if you have tasted the goodness of the Lord.”

“As you come to Him, the living stone, rejected by men but chosen and precious in God’s sight, you also, like living stones, are being built into a spiritual house, to be a holy priesthood, offering spiritual sacrifices, acceptable to God through Jesus Christ.  For it stands in Scripture: “Behold, I am laying in Zion, a stone, a cornerstone, (in other words, a stone upon which everything else rests and depends) chosen and precious, and whoever believes in Him, will not be put to shame.”

“This precious value, then, is for you who believe;  But for those who disbelieve, the stone that the builders rejected has become the cornerstone, and a stone of stumbling, and a rock of offense.  They stumble because they disobey the word, as they were destined to do.”   It’s not that some people were destined to be lost, or to disobey;  But rather, it is people’s unbelief, that destines them, for disobedience.  According to  Hebrews 3:18 & 19..  Disobedience IS unbelief!

The Parable of the Rich Man and Lazarus

In the parable of the rich man and Lazarus, “unbelief” is pictured, and is symbolized, as a “great gulf”,  or a “great chasm”, that divides those who are in fellowship with God, from those who are separated from God.  (the lost from the saved you could say)  Separation from God, is the direct result of unbelief in God’s word, which is the direct cause, of disobedience to God’s word.  And as long as that unbelief continues, there is no crossing that “gulf”, that “chasm”,  that separates the unbelieving soul from God.

In that parable, the unbelieving “rich man”, who was symbolic of the Jews, was separated from God, and therefore “unseen” by God.  That’s precisely what happened to the majority of the Jews, because of their “unbelief” in Jesus as the Messiah.   And that so called “rich man” pleaded for the forgiveness of his brothers, (he pleaded for the rest of the Jews) so that they wouldn’t find themselves in the same condition that he was in.  And so he said to Abraham, in  verses 27 & 28;  “..Then I beg you, father, that you send him (he was speaking of Lazarus) ..send him to my father’s house.  For I have five brothers.  Let him warn them, so that they will not also end up in this place of torment.”  The rich man didn’t want his brothers to also be separated from God, and to be “unseen” and you might say, “unrecognized” by God, because of their own unbelief.

But Abraham answered him, and said in  verse 29;  “..They have Moses and the Prophets; let them hear them.”   But the rich man persisted, and he said in  verse 30;  “No, father Abraham, but if someone goes to them from the dead, they will repent.”  They will repent of their unbelief, he thought.  But the rich man wasn’t understanding the “gulf” that unbelief creates.  And so Abraham replies, and says  in  verse 31;  “..If they do not hear Moses and the Prophets, neither will they be convinced, (neither will they be convinced to believe)  if someone should rise from the dead!”

Jesus rose from the dead, didn’t He?  But most of the Jews still wouldn’t believe.  And the whole world is still full of unbelief, isn’t it?   We can preach the gospel until we’re blue in the face, but if someone is determined to not believe, then there’s simply no salvation possible for that person.   Acts 4, verse 12  puts it very plainly;  “And there is salvation in no one else;  For there is no other name under heaven, given among men, by which we must be saved.”  And Jesus Himself said it just as plainly, in  John 8:24;  “.. For unless you believe that I am He, you will die in your sins.”

For so many, true belief in Jesus, has become the greatest “stumbling stone” to ever exist.  And I say “true belief” because only “true belief” is obedient belief!   “Though He were a ‘SON’, yet He learned obedience through the things that He suffered.  And having been made complete (or “perfect”)  He became the author of salvation, to all who OBEY Him!”   (Hebrews 5: 8 & 9)

But without that belief, Jesus becomes the greatest “stumbling block that has ever existed.  And the scriptures rightly prophesied as much.  Once again,  1 Peter 2, verses 7 & 8  tell us;  “To you who believe, then, this stone is precious.  But to those who do not believe, the stone the builders rejected, has become the cornerstone.  But for those who disbelieve, the stone that the builders rejected has become the cornerstone, and a stone of stumbling, and a rock of offense.  They stumble because they disobey the word, as they were destined to do.”

God Chose us, to Love

Verse 10  says;  “Once you were not a people, but now you are God’s people;  Once you had not received mercy, but now you have received mercy.”   That’s how it was for Lazarus, who was symbolic of the gentiles, in the parable.  Lazarus didn’t receive much mercy, and neither did the gentiles.   The parable says that Lazarus.. “..being full of sores, was laid at his gate, and desiring to be fed from the crumbs falling from the table of the rich man;  And even the dogs, coming, were licking his sores.”

Lazarus was certainly “separated” from the rich blessings of God’s people, wasn’t he?   Here’s how the apostle Paul was inspired to phrase it, in  Ephesians 2, verse 12;  “Remember that you were at that time, separated from Christ, alienated from the commonwealth of Israel, and strangers to the covenants of promise, having no hope, and without God in the world.”  But the gentiles found mercy, and they were “comforted”.   Verse 13  says;  “But now in Christ Jesus, you who once were far away, have been brought near, through the blood of Christ.”

Remember the parable of the great feast?  It’s told in  Luke 14, verses 15 thru 24.   Jesus begins with these words;  “Blessed is he that shall eat bread in the kingdom of God.”   Verse 16  says;  “A certain man prepared a great banquet, and invited many guests.”  Well, the guests that were first invited, were the Jews.  But they wouldn’t come to the feast.  They wouldn’t “believe” in Jesus!  The man throwing the banquet said,  “Come, for everything is now ready.”  In other words, the Messiah has come!  Come and eat bread in the kingdom!

But they were full of excuses;  But the real truth is that they simply would not believe!   Well, that made the man very upset, and  verse 21  says;  “Then the master of the house became angry, and said to his servant;  Go out quickly to the streets and lanes of the city, and bring in the poor, and crippled, and blind, and lame.”  Those people represent the gentiles.  Just like Lazarus represents the gentiles.   And once again, the gentiles were comforted, they were brought near to God.   They were invited to “eat bread in the kingdom of God”.   “Blessed is he that shall eat bread in the kingdom of God.”

And all it takes is faith, and love, and obedience.  But without those things, one remains separated from God and from the “feast” of God’s blessings, in Christ.