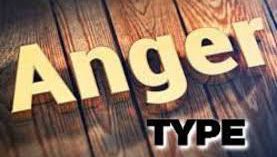 What Your Anger Says About You

I read a comment recently that made me stop and think.  The comment suggested that the things which make us angry, say a lot about us, as human beings, and as Christians.  And I realized that there’s a lot of truth in that statement, especially for the Christian.  Christians have no business feeling angry, about a lot of the things that we do feel angry about.  And on the other hand, there are things that we need to be angry about, but for some reason, we’re not.

While there may be many things that make us angry, there’s really only two types of anger.  There’s righteous anger, and there’s unrighteous anger.  One type of anger leads to sin and death, and the other type actually leads to life.

The difference between righteous anger, and unrighteous anger, is the cause of the anger.  Why are you angry?  What are you angry about?  We’re told in  Ephesians 4, verse 26;  “Be angry, and yet sin not.”  Jesus got angry, but He never sinned.  The rest of that verse says;  “Do not let the sun set, upon your anger.”

“Don’t let the sun go down”, or “Don’t let the sun set, upon your anger.”  That’s a figure of speech.  It’s not talking about the sun literally “going down”, or “setting”.  It’s not saying that it’s wrong to be angry at night, or after dark.  But what it’s talking about, is not allowing your anger to become “set” upon your heart.  This is another word that’s used just this one time in the bible, to “go down” or “to set”.   Don’t allow your anger to just sit there in your heart.  Because if you do, it’s going to tempt you to sin.

That’s why the bible says in the very next verse,  verse 27;  “Neither give opportunity to the devil.”   To let the sun set upon your anger, is to allow your anger to have a permanent place in your heart, and that’s not what righteousness is.  That’s the kind of anger that leads to sin, and in reality, is in itself, sin.  Harboring anger is sinful.  Feeling anger, over sinful things, isn’t sin.  But harboring anger, is sin.

We Must Feel Anger !

Before I get into what we need to DO about our “righteous anger”, let me tell you about the danger, of NOT feeling that anger.  While it’s true that it’s not a sin to be angry, it’s also true, that if some things DON’T make us angry, that may be a sign that we”re already guilty of sin!

What do I mean by that?  Well, let’s use this as an example;  Does it make you angry when someone goes around preaching lies, leading people to be lost, instead of leading them to be saved?  It makes me angry.  And does it make you angry, when someone goes around spreading division, and dividing themselves and others, into factions, within the body, instead of striving for the peace and unity, that the bible commands us to strive for?   It makes me angry.  If those things DON’T make you angry, then you don’t have the right attitude about standing up for the truth, and standing against lies!  Jesus said, “He who is not for Me, is against Me!”   (Mathew 12:30)

How would Jesus feel about that?  Would Jesus simply feel sad, but not angry?  You know, like..  Oh, I’m sad about it, but it is what it is, nothing to get angry about.  Is that how Jesus would feel?  I don’t think so.  I think He’d be quite angry.  Quite angry.  Just like when He overturned the tables of the money-changers, in  Mathew 21, verses 12 & 13..

Maybe this summer, instead of holding a gospel meeting, we could put up a big tent, and have a big flea market out in the parking lot.  I’m sure we’d attract a bigger crowd if we did that.  And we’d probably make some money.  But I for one, would be afraid of the anger of God!

We need to be angry about some things, if we would claim to be followers of Christ.  I can guarantee you of this..  God doesn’t want you to be wishy-washy, about the things that go against God’s word!   We can simply feel sad, and not angry, if we want to, but if we do, I think we could expect to be vomited out of God’s mouth.   Now that would be truly sad.  You claim to be a faithful christian, but God vomits you out of His mouth!

And that’s exactly how Jesus describes it, in  Revelation 3, verses 15 & 16;  “I know your deeds” Jesus says, “That you are neither cold nor hot. I wish you were cold or hot!    So then, because you are lukewarm, and neither cold nor hot, I will vomit you out of My mouth.”

But someone says;  I’m not walking around in sin!  It’s human nature to get angry about most of those things!  well you know what?  You’re right, it is human nature to angry about all these things.  And that’s the whole point.  Human nature, is fleshly nature, and that’s what we are called on by God, to overcome.   Don’t be led by the flesh.  don’t let your fleshly “human nature” dictate to you, when to get angry. Let God dictate when to be angry, not your emotions.

You shall live spiritually, if you will control your fleshly anger.  I think that all of us fail sometimes in this area.  And do you know what we need to do better?  We need more love for one another.  More love, can overcome the anger.  We already know what love is, we’ve read it in the bible.  But let’s just listen again, to a few of those aspects of love, from  1 Corinthians chapter 13.

It starts off in  verse 4,  with these words;  “Love suffereth long, (that’s patience) and is kind.”  Now listen to  verse 5;  “(Love) does not behave itself unseemly..  (isn’t it unseemly, to walk around angry so much?  Even if you don’t show it, God knows it’s there, and it’s umseemly)  Love..  “does not behave itself unseemly, seeketh NOT it’s own, (if we would quit putting ourselves first, and our own feelings FIRST, we could spare ourselves a whole lot of anger)  Love ..is not easily provoked (to anger) and does NOT keep account, of wrongs”   In other words, when someone does do you wrong, love is willing to, “overlook it”.  If you were keeping some sort of books, about your life, you wouldn’t even make an entry in the book, when someone did you wrong.

Wow, what if we could love each other like that?  Wouldn’t that be great!  Have you learned how to love yet?  The way God tells us to love?

You know, according to the bible, God keeps books.   Revelation 20, verse 12  says;  “And I saw the dead, the great and the small, standing before the throne, and the books were opened..”  God knows everything that you’ve done wrong, and everything that you’ve done right.  It’s written in His “books”, so to speak.  Actually God doesn’t need books to remember anything.  It’s all right there, as a part of His omniscient Spirit.  His “all knowing” Spirit.

But here’s the good part;  It doesn’t matter if if all your bad stuff is in a book, because the only book that really matters, is the book of life, not the books that have got all that bad stuff in them.  “The Lambs book of life”, as it’s called in  Revelation 21, verse 27.

Revelation 20, verse 15  says;  “And if any was not found written on the book of life, he was cast into the lake of fire.”   And so that book, is the only book that really matters.

What To Do About Our Anger

Now, I’ve got to make this last part really quick, before I close.  I mentioned how that the righteous anger that we all need to feel from time to time, has to be dealt with.  It can’t just stay there in our hearts.  What if you’re angry about something someone else has done?  What does the bible say to do about it?

Jesus said, in  Mathew 18, verse 15;  “Moreover if your brother sins against you, go and tell him his fault between you and him alone. If he hears you, you have gained your brother.”  That can be uncomfortable, but that’s how God wants us to handle ourselves.  Speak our feelings, one to another.  That’s the kind of relationship God wants us to have with each other.  He wants us to love each other enough, so that we can actually do that.  You know, It seems every time we talk about love, it shows us how much we’ve got to learn.

But you know, just like I said before, I think that most of the time when we’re angry, no one has actually sinned against us at all.  All they’ve done, is something that we don’t like.  And we go around angry over it.

But what we do with our anger, is to love, and to forgive, and to stand up for what’s right, and oppose what’s wrong.  Stand up for God and for His word, and oppose everything that opposes that.  That’s all you have to do.  Because when you stand up for God, you know that He stands with you.  And when you love each other, you love God, and you know, that He loves you!

But you can’t just hide and say nothing, and do nothing.  Jesus said;  “He who does not gather with Me, scatters.”  (Luke 11:23)  You can’t just sit there quietly.  You’ve got to do something!   Or you won’t be saved.  That may sound harsh, but that’s the truth.  If you’re witnessing false teaching, you’ve got to stand up against it.  And if you see someone standing up against it, you can NOT allow that person to stand alone!  You must join them, and stand with them, right along side them.  And you must work to unite us, and you must work to promote peace.  And you must work to promote love.

You cannot do as the world sometimes tells you, and “mind your own business”.  Because as a Christian, all these things ARE your business!   “He who does not gather with Me, scatters.”   “He who is not with Me, is against Me.”